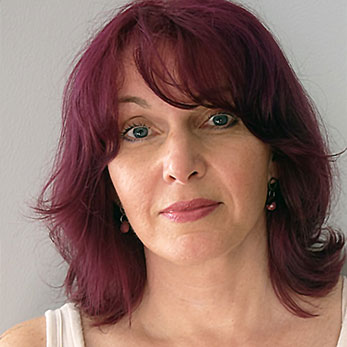 I was always the child who asked ‘why’ and was rarely satisfied with the answers I got from those bigger than me, at the same time as really annoying those being asked… My journey to the space I now find myself in has been long and winding.

I began a career in the arts and trained as an actor. I was fascinated by people and the reasons behind their behaviour as well as being drawn to working in groups of people I tended to see as ‘family’.  Then, when I began my own family and had my son, my feelings towards myself and that vocation changed – I no longer felt the same draw to getting the applause, or wanting to keep feeling like the lowest of the low (acting for the majority is a very hard life…).

During my child rearing years I diverted into business (design and construction) but when my company folded I was left feeling utterly lost.  My future was a terrifying blank canvas.  I sought help and through some deep work was drawn back to school.

I enrolled on a certificate in Psychology which then led to a degree (BSc Hons, Birkbeck), then a masters in Mental Health at King’s College London, followed by a doctorate in Clinical Psychology at UEL (HCPC registered).  I also have training in family and systemic psychotherapy, emotional freedom techniques and am about to embark on training in Internal Family Systems therapy.

As a clinician, I am more integrative and eclectic in my practice and draw on many aspects of the different schools depending on the needs of the client. I think it is also important to note that it is not the modality that will necessarily bring about the desired change, it is the relationship with the therapist, so it is paramount to me that you feel safe and contained in our connection.

I have worked across the NHS, third sector and privately and have experience of working with a broad range of emotional and psychological difficulties across the lifespan.

My experience has shown me that we are fundamentally seeking the same things but our traumas show up in different ways and get expressed through different presentations – we seek to numb the pain through addiction; we try to reduce our feelings of helplessness by controlling some aspect of our lives (such as eating); we defend against the trauma with anxiety and depression and so on.

You are the expert on you and my job is to support, contain, challenge (at times), reflect and accompany you on your journey to a place where you feel you are more grounded.

I am a seeker and the spiritual side of life is equally as important to me as the psychological aspects are.  I have had a meditation practice for over 30 years.

MY RELATIONSHIP TO FOOD

I have had a complicated relationship to weight during my life – not so much in terms of ‘food’ rather more the effects of food and exercise on my body.  Food itself had a greater role to play when I was younger and developing into adulthood, now, at the age I am, I see food as something that is to be enjoyed and not used as a weapon with which to attack myself.

There’s a story in my family that I was the ‘fat, stupid sister’ (I am middle child between two brothers) … that moniker stuck to my psyche like Velcro.  Hence I have unconsciously equated how heavy I am with how I think I am being seen by others in terms of my capacity as a functioning human.

I’ve noticed that my weight has waxed and waned over the years, with the advent of children and the bodily changes that have occurred with that, as well as the issue of  hormonal changes.   I prefer it when I tip the scales lower rather than higher, however, there is always the threat of the scales tipping higher permeating through any ‘good’ feeling I might have.

HOW I CAN HELP

HOW I OFFER THERAPY

I work with clients across the UK, and around the world, using Skype, FaceTime & Zoom. There is no need to travel, and you can feel comfortable in your own home. It is free to set up and simple to use, so why not give it a try?

I offer sessions in English

Arrange a 15-minute assessment call with our friendly team.

Let us explain how we can help you.

Or simply get in touch with any questions you have.

This website uses cookies so that we can provide you with the best user experience possible. Cookie information is stored in your browser and performs functions such as recognising you when you return to our website and helping our team to understand which sections of the website you find most interesting and useful.

Strictly Necessary Cookie should be enabled at all times so that we can save your preferences for cookie settings.

If you disable this cookie, we will not be able to save your preferences. This means that every time you visit this website you will need to enable or disable cookies again.